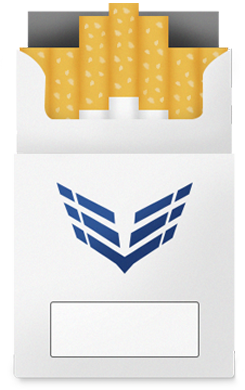 Democracy Plus held the first national roundtable.  The results form the analyses on “Price and Income elasticity on extensive and intensive margin and by income group” were communicated to the stakeholders.

At the round table there were participants from various institutions such as: representatives of the Ministry of Finance, Ministry of Health, Kosovo Customs and Kosovo Statistics Agency. There were two civil society organizations: NGO Group for Legal and Political Studies (GLPS) and Kosovo Advocacy and Development Center (KADC). One representative from UNICEF and also doctor Skender Baca (pulmonologist) participated to the rand table and gave a great contribution to the discussion by highlining the direct health impact tobacco smoking has.

After presentation of the main findings and introduction to the simulation on the impact of price increase for 25% on consumption and government revenues, an open discussion took place.

Representative from Ministry of Finance Mrs. Festa Kusari described that the excise has been increased gradually but the volume of tobacco import remains the stable. On the other hand, representative from the Ministry of Health Mrs. Mejreme Bajçinovci from National Institute for Public Health highlighted all the diseases deriving from tobacco consumption actively and passively but she noted that the public awareness has a positive trend on these issues.

The representative from Kosovo Customs Mr. Adriatik Stavileci expressed his skepticism on increased cigarette prices. In addition, he stated that the price increase would lead to illicit trade.

NGO also got engaged in the discussion. KADC for the past 5 years has been involved in monitoring the implementation of the Law on Tobacco Control. Its representative Mr Arben Lila highlighted that their research and monitoring activities shows that all legislative initiatives taken by the government have failed to have any impact in tobacco consumption mainly due to lack law enforcement and political will.