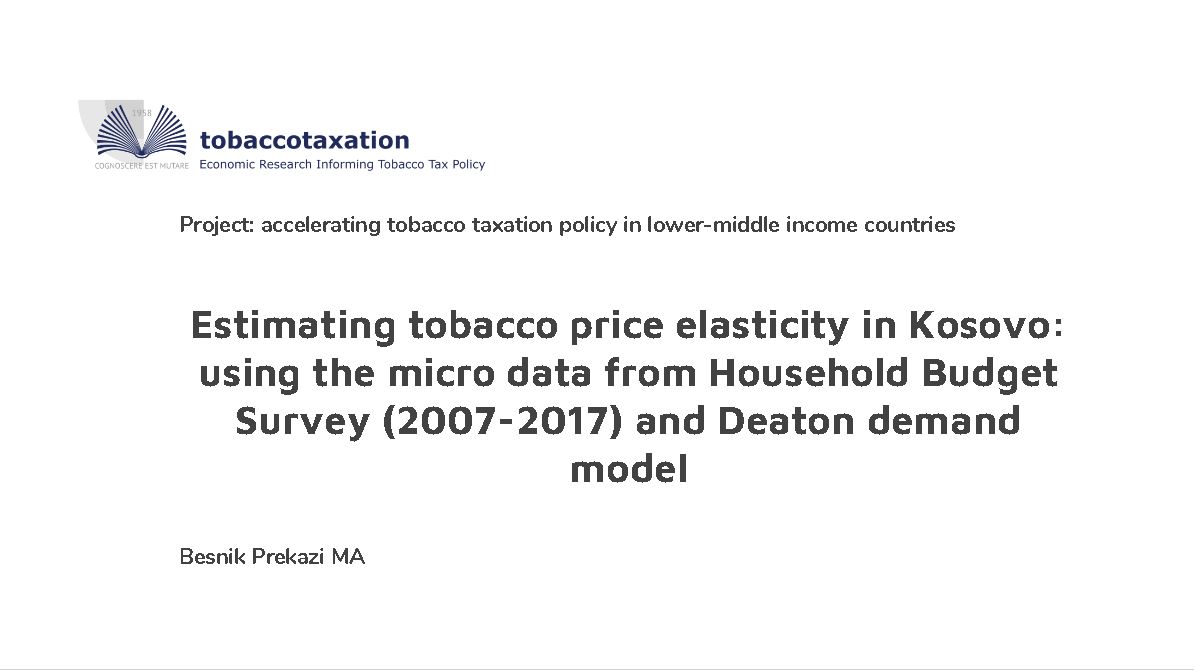 Tax increase is proved to be the single most effective policy in reducing tobacco
consumption.

Literature shows that in LMIC, households’ consumption to the price changes are typically more pronounced than in the developed countries.

Evidence from international research shows that price elasticity of demand for cigarettes in developed countries ranges between -0.25 to -0.5, as compared to the low an middle-income countries where the estimates vary between -0.5 and -1.