The Economics of Tobacco Subsidies in North Macedonia

Within the project "Accelerating Progress on Effective Tobacco Tax Policies in Low- and Middle-Income Countries", the research team of Analytica think tank - North Macedonia, organized a roundtable with the aim of presenting the results of the conducted research “The Economics of Tobacco Subsidies in North Macedonia”. The event was organized on December 9th, 2021 through ZOOM platform.

The representatives of the Ministry of Agriculture agreed with the Analytica’s Policy brief recommendations that N.Macedonia should gradually move towards a strategy for reducing tobacco subsidies and hence reducing tobacco production and replace it with another crop. At the same time, the Excise Director of the Customs Administration pointed out that the trend of decreasing tobacco production is inevitable on a global level and that N. Macedonia will not be an exception to this trend. He stressed that N.Macedonia will have to align with EU policies and gradually reduce tobacco subsidies. At the same time, he emphasized that Analytica opened the topic of tobacco subsidies at the right time and that this analysis would open a large space for further discussion among all relevant stakeholders. He emphasized that such evidence based analyses as this particular one by Analytica are a solid basis for the Government to make right moves in the agricultural policy.

Special interest for cooperation was expressed by the cabinet of the Vice prime minister for economic affairs. In general all participants expressed great motivation for future cooperation on this matter. 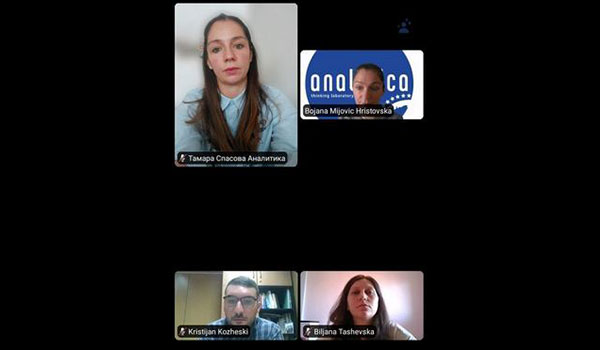 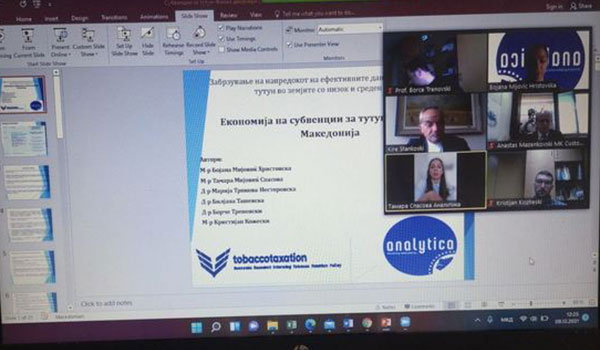